European court of justice: "CBD is not a narcotic drug" 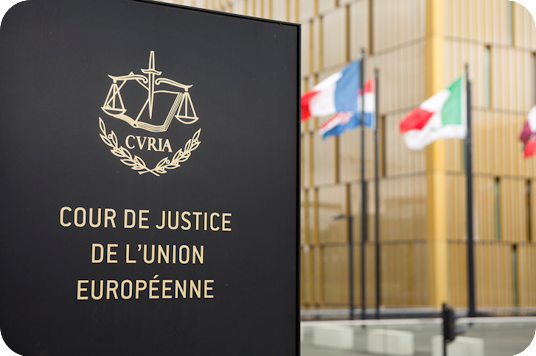 On November 19, 2020, the UN Narcotics Commission decided to remove cannabis from the catalog of dangerous drugs. And in the European Union too, the situation for hemp producers seems to be slowly calming down after very turbulent times. At the request of the European Industrial Hemp Association (EIHA), the European Commission announced that CBD should not be classified as a narcotic. Thus producers, traders and consumers alike should be relieved. In addition, the commission announced that CBD could even be classified as a food. At the time there were protracted discussions as to whether the herbal product should be viewed as a “novel food”. In view of the further tightening that threatened until recently, this now definitely seems to be the “lesser evil”.

In the Commission's answer, it also cited the judgment of the

European Court of Justice (ECJ). Last month, judges in Luxembourg had found it inappropriate to classify CBD as a narcotic. The chamber followed the WHO recommendations as did the UN assembly yesterday. A clear U-turn in Brussels, because in July of this year there were still plans to suspend all approval applications for CBD and to examine the classification as a narcotic. In fact, that would have amounted to a ban. Accordingly, there is now great relief among European CBD producers. A general ban on their products is no longer to be expected.

Reason: CBD has no psychoactive effects

The decisive factor is the lack of psychoactive effects of CBD. If cannabidiol is made from the entire hemp plant, this is also not a narcotic according to an international drug treaty. There is therefore no obstacle to making it accessible to the free movement of goods within the EU.

The original statement from the European Commission states:

“In the light of the comments received from the complainants and the recent judgment of the Court of Justice (…) the Commission has re-examined its preliminary assessment and concludes that cannabidiol is not considered a medicinal product. As a result, cannabidiol can be classified as a food if the other conditions of Article 2 of Regulation (EC) No. 178/2002 are also met. "